The Atlanta chapter of the St. Hugh’s Past Students Association, better known as St. Hugh’s High School Alumnae Association has been in existence for over 25 years. It was conceived one balmy summer evening in 1990 at the kitchen table of the esteemed past principal, Dr. Inez Carnegie, as she and past students Flavia Gordon-Gunter, Audrey Lindsay, Greta Betty and Hope Boldon sipped tea and shared cookies and fond memories of bygone days. 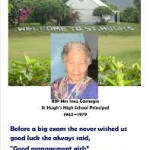 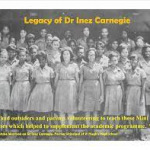 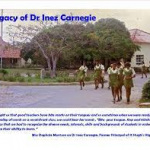 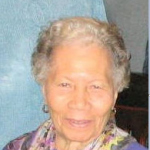 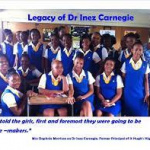 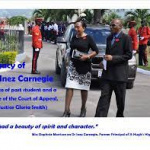 At the time, they had no idea how many other alumnae were living in metro Atlanta and the network of Jamaicans was not as far reaching as it is today.

In fact, there were two shops where one could find hard dough bread and patties! But they persisted, believing that with time they could reach many more alums and bring them into the fold.

The group made plans for raising funds for the school, contributing to the science and language laboratories, buying books for the library, supplying paper for the copy machines, and starting a big-sister relationship with existing students in Jamaica .

The members dreamed big dreams, and Dr. Carnegie , there during some of the women’s formative years as giddy teenagers, was there again some 40 years later in the association’s formative years to offer her special brand of guidance and encouragement.

With hard work and perseverance, the dreams and objectives took shape and grew. From a roster of 3, membership increased to over 80 alumnae ranging in ages from the early thirties to the eighties. Sadly, we bade farewell to two of our founding members Dr. Audrey Lindsay (10/31/2015) and Dr. Carnegie (4/21/2016) — gone but not forgotten.

From the original fundraiser – a lofty garage sale – the small group netted all of $50, which they proudly sent home as an initial commitment of bigger things to come. Since then, the chapter has shown itself to be innovative in the area of fundraising, and the caliber of events hosted by the organization has become the benchmark within the community. To date, the chapter has donated over $100,000 to its beloved alma mater to support projects including:

Funds are typically either earmarked for specific allocation by the chapter or used at the local chapter’s discretion based on the areas of greatest need.